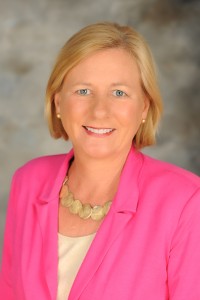 With over thirty years of experience in foreign policy, Ambassador Soderberg has served on four presidential campaigns, in the United States Senate, in the White House and at the United Nations. She has a deep understanding of policy-making and negotiations at the highest levels of government and the United Nations. She has promoted democracy and conflict resolution worldwide. Ambassador Soderberg achieved international recognition for her efforts to promote peace in Northern Ireland and also advised the president on policies toward China, Vietnam, Japan, Russia, Angola, the Balkans, Haiti, as well as on a variety of conflicts in Africa.

Ambassador Soderberg is President and CEO of Soderberg Global Solutions, an international consulting firm. She is also a Distinguished Visiting Scholar and Director of the Public Service Leadership Program at the University of North Florida in Jacksonville. In 2012, President Barack Obama appointed her as Chair of the Public Interest Declassification Board, an advisory committee established by Congress to promote public access to U.S. national security decisions. She serves on the Board of Advisors to the President of the Naval Postgraduate School and Naval War College. She is a member of the Council on Foreign Relations. She served on the Board of the Jacksonville Port Authority 2013-15.

From 2009-2013, Ambassador Soderberg served as President of Connect U.S. Fund, a Washington, D.C. based foundation that promotes responsible global engagement.
From 2001-2005, she ran the New York office of the International Crisis Group as Vice President. In 1997, President Bill Clinton appointed her to serve as Alternate Representative to the United Nations as a Presidential Appointee, with the rank of Ambassador. From 1993-97, she served as the third ranking official of the National Security Council at the White House, as Deputy Assistant to the President for National Security Affairs. Prior to serving at the White House, Ms. Soderberg served as the Foreign Policy Director for the Clinton/Gore 1992 Campaign and worked as the Senior Foreign Policy Advisor to Senator Edward M. Kennedy. She has been active in national Democratic politics since the early 1980’s, serving in a variety of capacities in national presidential campaigns. She is a Trustee of the Florida Democratic Party.

Ambassador Soderberg publishes and speaks widely on national security policy. She is the author of two books on foreign policy and numerous articles. She is a regular commentator on national and international television and radio, having appeared on NBC, ABC, CBS, CNN, BBC, Fox, National Public Radio, the Lehrer News Hour, CNN Crossfire, and The Daily Show. She speaks fluent French. She earned a Masters of Science Degree from Georgetown University’s School of Foreign Service and a Bachelor of Arts Degree from Vanderbilt University.

Ambassador Soderberg is an author, public commentator, and foreign policy expert. She serves as President of Soderberg Global Solutions and as Director of the Public Service Leadership Program and Scholar at the University of North Florida. She regularly speaks about conflict prevention, nuclear nonproliferation, and the U.S. role in the world.